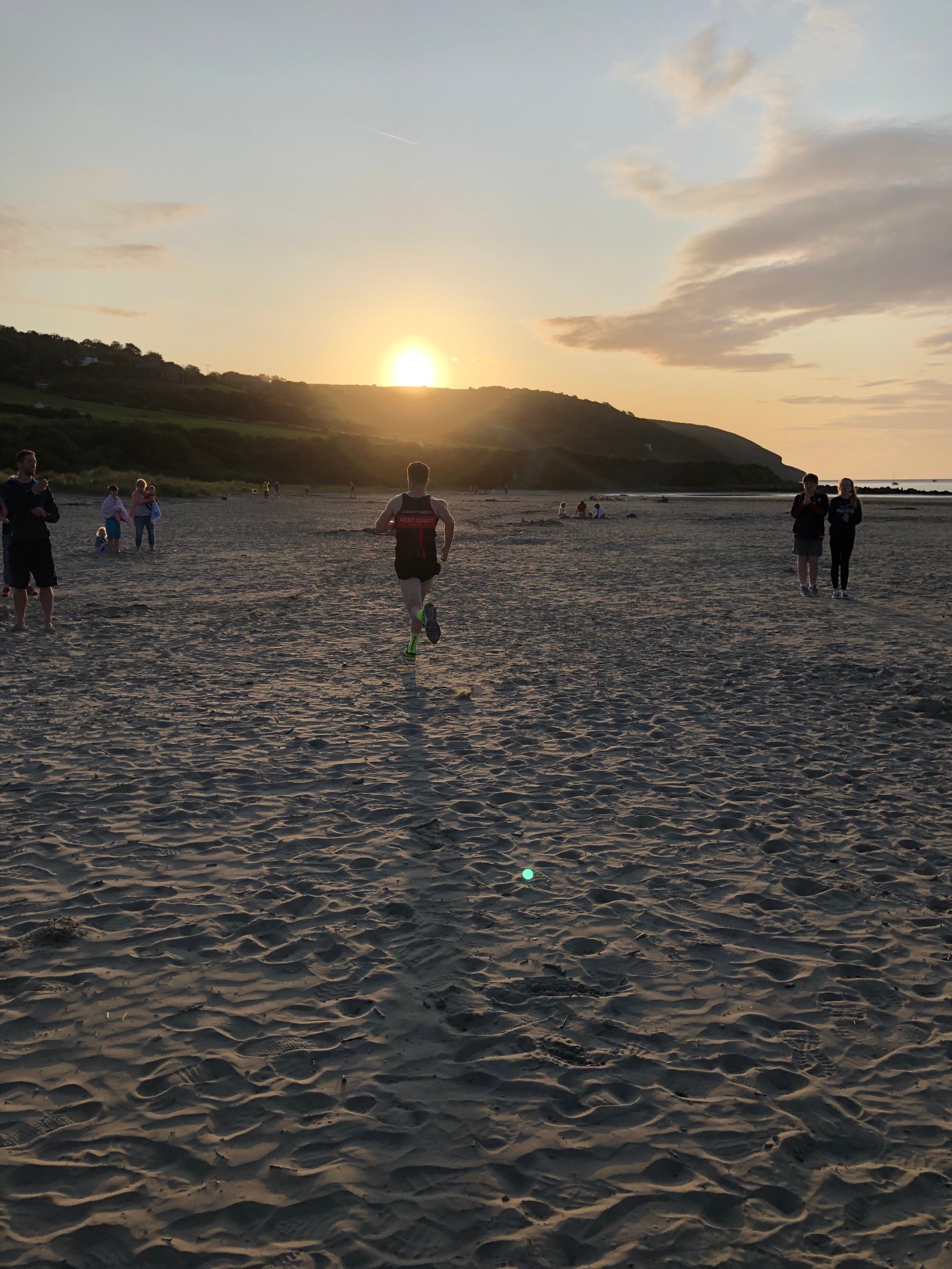 Things have gone quiet on the blog and in triathlon generally since Ironman Ireland.. I always planned my season this way. I knew I had a busy July and August of hens and weddings and I wanted to enjoy myself without having to force out training for any events. So I suppose I’ve had a bit of a mid season break. I must say I’ve thoroughly enjoyed myself! I’ve trained a lot less and haven’t felt at all guilty for having a day off on a Sunday with a sore head. This would not have been something I could have done if I had entered Ironman Wales, as I had last year. One of the reasons why Ireland was chosen as the Ironman this year.

This has not meant that I haven’t raced. Although I’ve had a break from the multi sport events, these were small, local, but thoroughly enjoyable mid week races.

One of the best thing about not doing much training is that I was always fresh for these races and really enjoyed them. Other advantages included being able to sign up on the night, racing with friends and hardly any time spent in the car.

So if you’re local to West Wales – here are some of the smaller races that happen down our end during the summer.

This is a part of the Dinas Cross Summer Regatta and for a week or so they host various sea based events.

On the Monday night the event was an open water swim from Aberfforest to Cwm-yr-Eglwys.

Cwm-yr-Eglwys is a tiny little inlet just North of Dinas Cross. We paid £10 to enter and a number scrawled onto the back of our hands in marker pens before climbing (in a rather awkward and unladylike fashion) into a boat and over to the rather pebbly beach called Aberfforest about a mile away. As we stood on the beach in our wetsuits waiting for the other boat loads of swimmers to arrive we commented that the journey over felt much further than a mile!

The briefing informed us that there would be a corridor of lifeguards on paddle boards showing us the way. We were also warned that this was not a triathlon and there should be no elbows at the start – we should all enjoy a friendly swim….

Off we went and it was like a war with people fighting for spots. So much for “no elbows”. Probably the toughest and roughest open water swim start for me so far. After a manic sprint start I was soon coughing water and a bit disorientated trying to swim into the setting sun.

The bright sunshine made sighting difficult and there was no sign of this “corridor of lifeguard” but I spotted a crowd of flailing arms ahead of me. There seemed to be no one around me, nobody to draft. I convinced myself that everyone else was in the group ahead. I must be last! So I swam as fast as I could to try and catch the group. I seemed to be drawing them in at one point but as soon as we turned back inland towards the finish they put on a sprint and I was left to come into the finish alone. When I got out I was shocked to see that there weren’t many out ahead and I was nowhere near last despite convincing myself that I was. I saw David stood on the ramp and he explained “bloody hell, I’ve only just finished myself” chuffed to learn after that I was the 2nd female. The swim was just short of a mile and I’d swam it in 24min 55sec.. just 30seconds slower than David. In the pool he leaves me in the dust, (or maybe I should say in the bubbles) but put a wetsuit on me and for some reason I seem to be able to stay with him much easier.

A lovely touch afterwards was the free tea for finishers. It was a lovely little event.

Full disclosure – I didn’t actually run any of these races. After Ireland I’d been left with a bit of a dodgy ankle so I had a few weeks off running over the summer and gradually built it back up on the treadmill. This race, which included road, stepping stones across the stream and soft sand would not have done anything to help my ankle but I have done it before and I spectated my other half, David, who ran everyone of the 3 races. They take place 3 times, every other Tuesday during the school holidays. There is a children’s race 1st and every week over a 100 children ran 2km on the sand. This race was then followed by a 5km adults race.

Superbly organised by Cardigan Running club. Relaxed, laid back with awesome prizes. I was especially delighted with the bottle of Prosecco David would bring home after every race.

After the 3rd race we cracked open one of the bottles and drank it with fish and chips that we picked up on the way home- can’t beat it!

A Friday evening run organised by Rhys Harries Fitness Coaching. Again starting at Poppit but this time instead of running along the beach this run goes inland – to the hills!

There are 3 distances to chose from – 4 miles, 7 miles and a half marathon. Coming back from the dodgy ankle (discussed above!) I did the 4 mile and won the race overall, whilst David won the 7mile and my friend Sian won 1st female in the 7 mile race.

This was a great way to end the summer of local races before thoughts turned back to some races further afield – Cardiff 10KM (where I PB’d with my 1st sub 50 10KM) and Weymouth 70.3 for me and Nice 70.3 World Champs for David.

They also made me realise that it’s not all about these big branded races with tattoos, feed stations and blingy medals. There’s something very enjoyable about just having a blast with your mates. It also made me realise how lucky we are to live where we do and how much we take this glorious coast for granted.